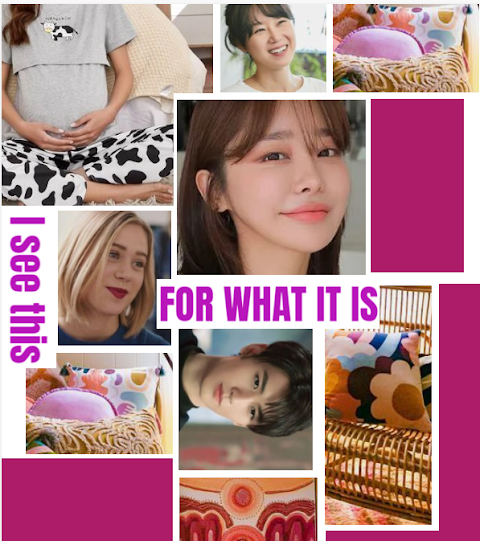 "God, do we have to?" Jared made a face when he looked at the text from his mom about having Cara over.

"What is it now?" Angel wanted to know as she waddled over to see what this was about on his phone.

"Oh, it's nothing," he hadn't meant to upset her. "Just my mom wanting to entertain that step-daughter of hers."

"You make it sound like a bad thing?" Angel looked at him but snatched a carrot to eat on the kitchen counter. As it was, she had snacks left around everywhere. Usually carrots and almonds. She didn't really eat a whole lot at meals these days.

"How could it be a good thing, huh? She probably wants her dad to get back together with mom," Jared knew these things. It was in her blood. Wasn't she Noreweigen or something?

"Whatever?" Naturally, Angel wouldn't acknowledge that her dad was with his mom.

"Fine, we'll do this stupid potluck and I bet Cara won't even show up," Jared told her.

"Now why do you think that?"

"I guess they were in love once." He shrugged and went on to clean the kitchen. The floor needed to be mopped. Honestly, Angel liked everything clean and sometimes made him feel he didn't do enough.

"Thank God, it wasn't you," Angel looked at him as if he better be on his best behavior.

"What's that supposed to mean?" Sometimes, her attitude bothered him, but she hadn't left yet.

"You fall in love far to easily," Angel told him.

"And that's a bad thing?" Why did she always find the bad in everything?

"You know, I'm your backbone." She informed him. He wanted to laugh at her, but knew she was serious.

"Look, I know Jay won't come," He was back to the Cara and Jay saga. He needed to stay out of this.

"Oh well, as long as we aren't having it here." She smiled back at him. Yes, they were getting ready for the arrival of their baby son. His name would be Salvador too, but they were going to call him Lucas.

Back in the swing of things 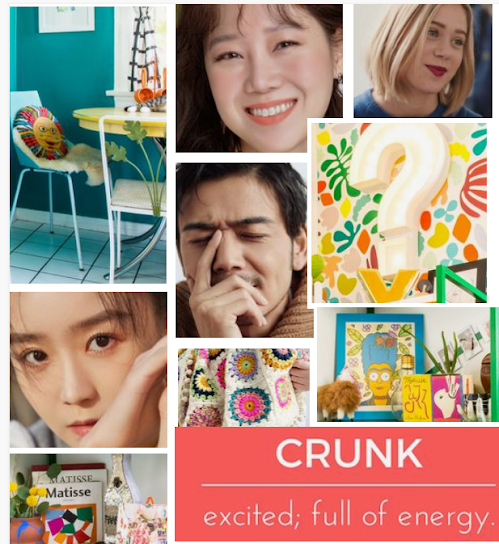 At least the kids were leaving her alone, or so Fan thought until she got a text from Jody. She hesitated to call her because she was certain she would ask her some lame question like, "How's it going with Sal?"

But Jody didn't. She was concerned about Cara.

"Cara?" It hurt Fan's feeling just a bit that Jody wasn't worried about her, her mother. After all, she was living with Sal now and it wasn't in the guestroom. Honestly, she couldn't help but smirk just a little bit about it.

Yes, she'd had her way with him. And to think all this time she thought he was just too chunky for his own good, but she knew better now. And she definitely wasn't giving him back for anyone to shop around. Oh, she found herself laughing now.

"Mom, what's so funny?" Jody pulled her back to reality. "Nobody is there for Cara. She and her dad won't even speak to each other."

"Well," Fan cleared her throat trying to get this straight with a level head that wasn't in the muck of her teenage mind. "It's her father's fault."

"Of course, we know that, mom." Jody practically wailed. and Fan headed to the bedroom and shut the door. After all, Sal was making brunch.

"What am I supposed to do?"

"I dunno." Jody started, but then said. "Be the mom you're supposed to be. You know, she..she never stayed with her mom. They are like strangers. She was always with her Dad."

"I'm not calling him," Fan yelped as she festered a frown. No way in hell, she thought.

"I don't want you to call him," Jody said. "You could reach out to Cara. Invite her over. Let her be a part of our family."

"Our family?" Fan squinted harder. "Well, of course, she's our family. Look, I will call her. I will-" Still, she didn't want to make it a big production. What did Jody want? A family dinner?

Fan sighed. "I'll talk to Sal." She'd let him do the cooking.

It's none of my business, but it's just been on my mind 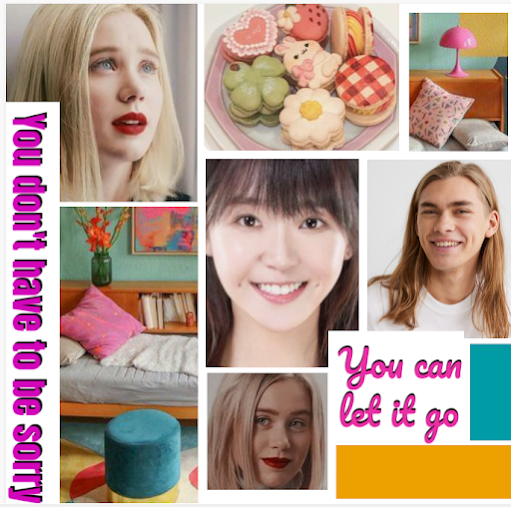 "God, I don't believe this," Cara couldn't help but tear up when she found out Fan was finally with that bartender who was always around. She knew she wasn't supposed to be this way, but Fan was still a mother to her. There was a special place in her heart that would always be... oh she knew Jody wouldn't want to hear it. She opened another beer and drank.

It was funny being at her little sister's place (although, they weren't real sisters).

"How have..have you been?" She took her time to say the words. She watched Jody's boyfriend in the kitchen.

Cara winced still wanting to know who this guy was to Jody, and how did she get so lucky that Andrew would leave her this place?

Aaron brought some treats to the table. Really, Cara could use a sucker with her beer but she took a cookie and bit into it. Honestly, the cookies were too cute to eat. He smiled at her. She looked him over as if she wondered just what he did to make Jody so happy. A part of  her wanted to shout, "I'll have what she's having." She took a sip of beer before she could giggle.

"Yeah, I know what you mean." She at least had her job. She wouldn't call it a life. "So your Mom is doing good?" She better stick with the Fan news. Of course, no one knew for certain. They were probably wrong.

After all, it was Fan that had taught Cara how to play pool. Even now she remembered having her twenty-first birthday at the bar. All that laughter and dancing. Yeah, the good old days. She really wanted to see her again, but she hadn't. Actually, she hadn't even talked to her dad since the divorce. There just didn't seem to be a need to.

Jody spoke fondly of her step-mom then. As if really their mother could survive anything.

"You know, I really hate my dad for what he did," she found herself saying. Oh, she guessed it was time for a purge of sorts. Honestly, she didn't like where her life was going. If only she could get her act together. 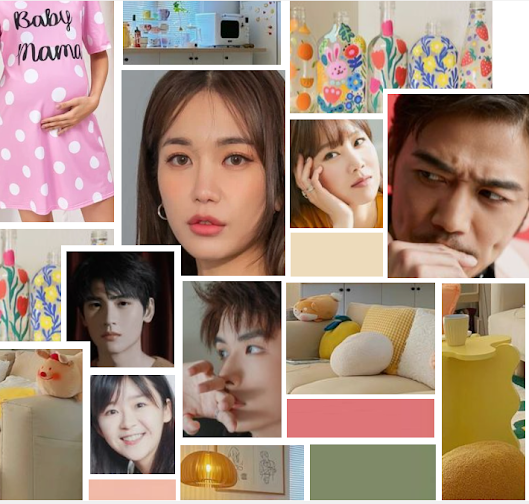 Jared didn't see it coming. Were they really seeing this with their own eyes? Even Jody thought it suspicious too. Fan and Sal were actually talking.

"It's not supposed to be this way," Angel said afterward. Not that she'd made a big deal about it. After all, she was practically a beached whale these days and no way was she going to let anything get to her blood pressure.

"Probably, just catching up," Jared suspected. No way could it be anything more, but he was certain the laughter annoyed Angel. He knew her feelings toward his mother. She didn't like her one bit.

After she got ready for bed, Jay called. "I saw them leave together."

"What?" Jared almost choked as he was taking a sip of cold water. It felt like the beginning of something bad. "Are you sure?"

"You're just sounding crazy now." Jared winced thinking nothing would come of it. Sal probably had a late Christmas gift to give his mom. It couldn't be.

Jared sighed. No way could he ever see those two romantic. And yet Sal was always there to get her out of some hot water over the years. He scratched the back of his, and Angel asked, "Is something the matter?"

"I don't think so," he told her. Angel nodded back.

Yes, it was best to keep calm. They were counting down the days until the little one got here. Maybe by the end of the month or early August.

Jared took a deep breath, just enough time for his mother to start up something with Sal and then end it before anything simmered. Could Sal handle something like that? After all, they'd be grandparents soon. Then what? Would they have to do everything separate with them?

All Jared wanted was for the two to remain friends. Yes, it would be a bad thing if they were lovers.

Be Young, Be Dope, Be Proud The Fourth was coming and seriously Sal was thinking of closing up the bar.

"Now why would you do a thing like that?" Aaron's smile was smart and really, he'd never expected to hear him say as much.

"Don't you want us to close early?" Sal winced. He knew it was his call. He'd seen how rowdy the bar could get in the past. And some years, he just felt stuck with all that smoke in the air.

"Oh, I dunno. I thought you'd want the business." Aaron shrugged as he went to get the glassware in its place above the bar. He was an organized fellow. Sometimes, he might wash something twice.

"Um, I think we can wait. We aren't in that dire need." Sal shrugged as he checked an old ledger from the year before. Of course, it might be best to let Aaron file it on the computer, but he was in no hurry. Besides, he had a cookout to tend to for the Fourth. "Besides, got to see my daughter," He smiled.

"Oh, yeah. the cookout," Aaron said he was excited about it. "Jody can't hardly wait to see all her brothers."

"And her mother will be there too," Sal nodded.

"Oh really?" Aaron looked at him blankly as he held a bar towel in his hand. "You been talking to her?"

Sal shook his head, no. In fact, he hadn't been talking to Aaron's mother either. Oh, she'd stayed most of the winter at his place in the guestroom. He never did say much about it to anyone. It wasn't like it was anything exciting. She was behind in her rent and sometimes, she did like for him to stay up late and listen to her talk over a bottle of red wine, which he did not partake of. Yes, she had her troubles. He knew Aaron wasn't on any medications at all. She was the one bipolar. As of yet, she'd never let Aaron meet his dad. But it didn't seem to be a real problem. And now she'd met a Hell's Angel and was off to see Yellowstone.

Yes, Aaron was remotely quiet around his mother, like a beaten-down dog. But he seemed to be in good spirits now with Jody around.

"Jay gets a call from her at least once a week," Sal told Aaron that Fan was in Council Bluffs. "But she says she'll come the Fourth. I think she's ready to be a grandma now."

"Yeah, that could happen any day, couldn't it?" Aaron said he could run the bar if need be.

"Well, that's nice of you," Sal smiled back as he shut the register closed.

"You know, you're like a dad I never had," Aaron told him.

"Well, you're like a son, I never had," Sal grinned back.

"You're sure you don't want to stay open on the Fourth?" Aaron asked again. Sal got both a Mexican soda from the fridge behind the bar. he handed Aaron one.

"I'm sure," Sal smiled and they clicked the bottle of sodas as if they might already be celebrating.